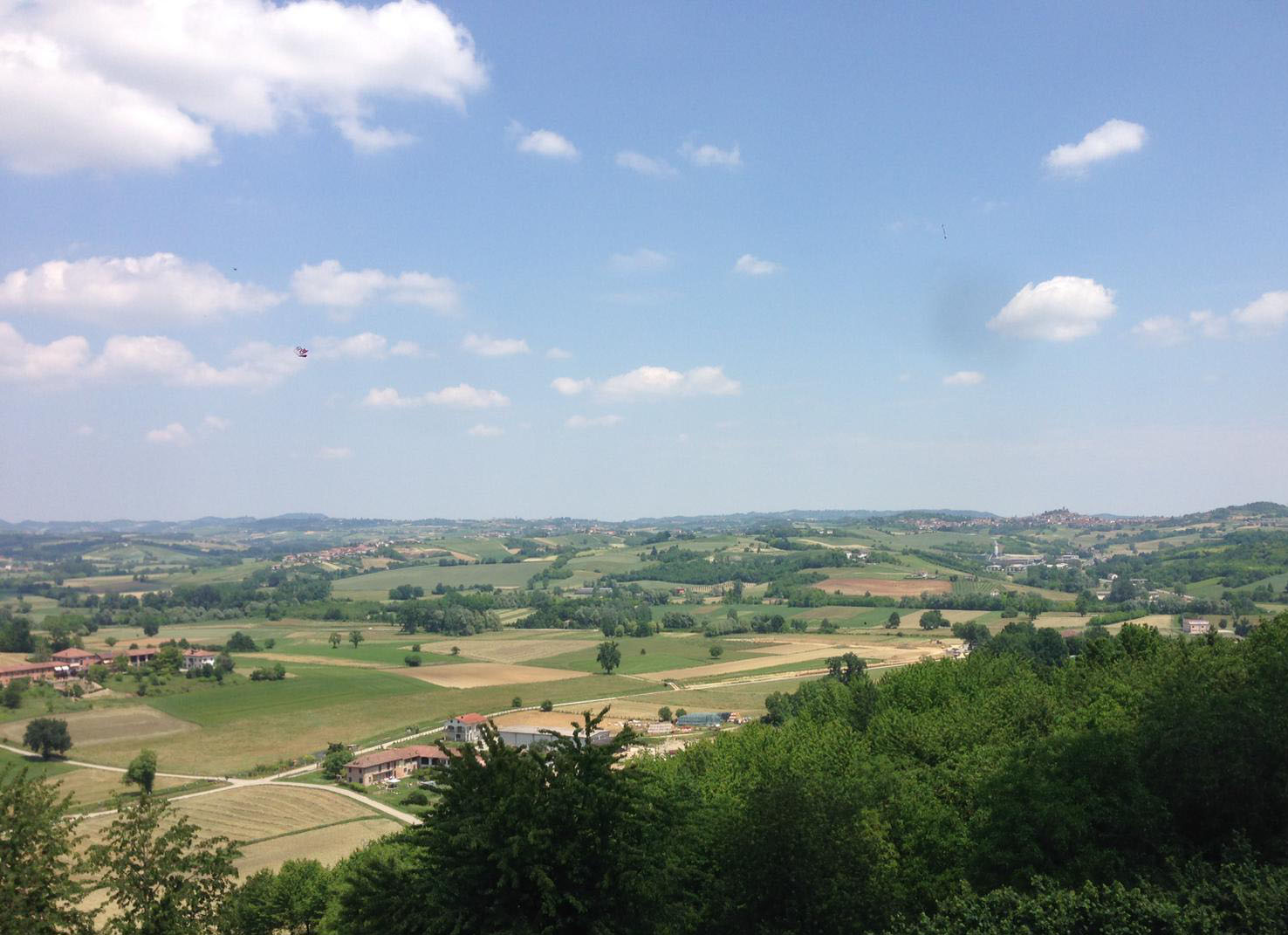 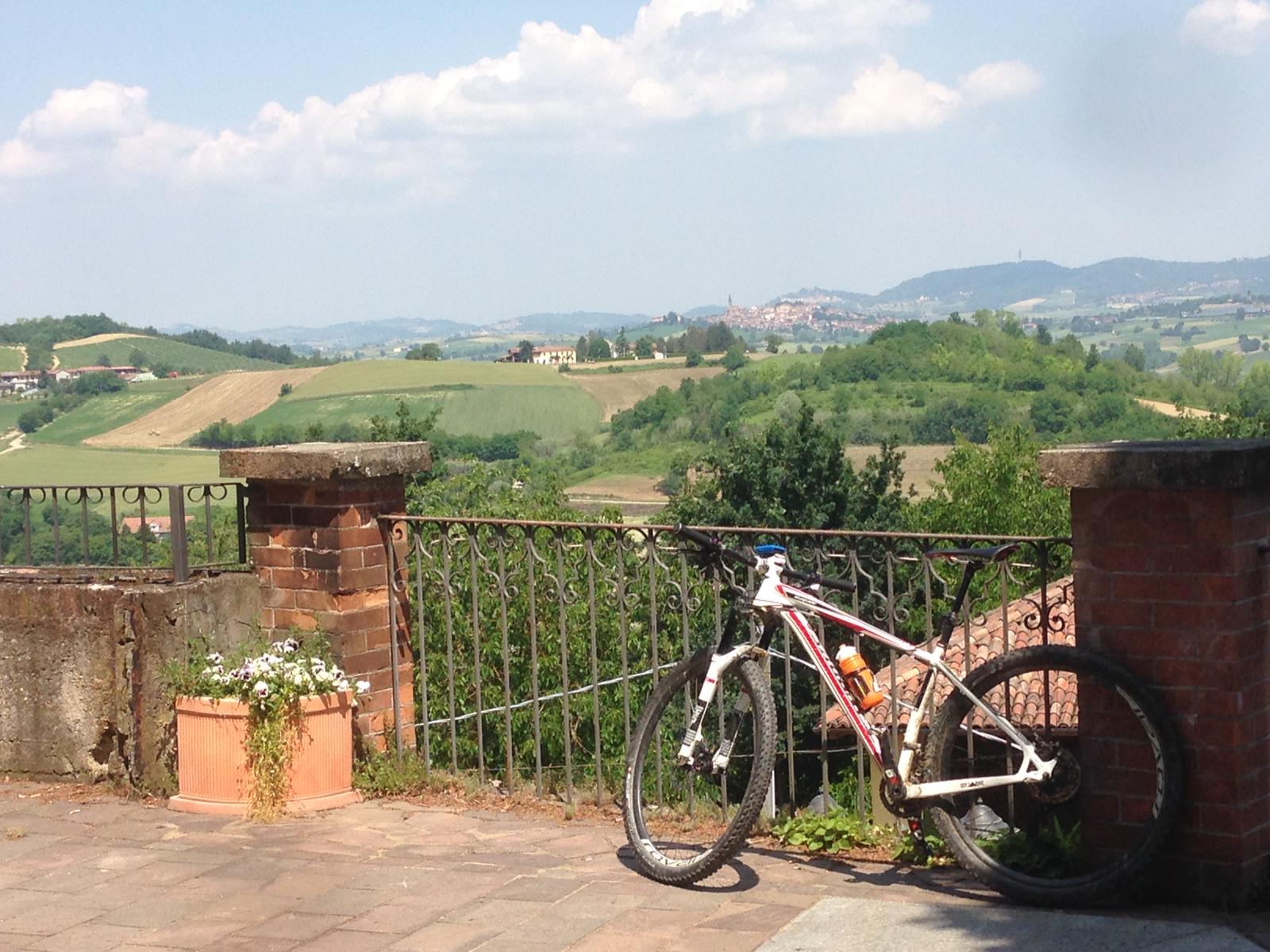 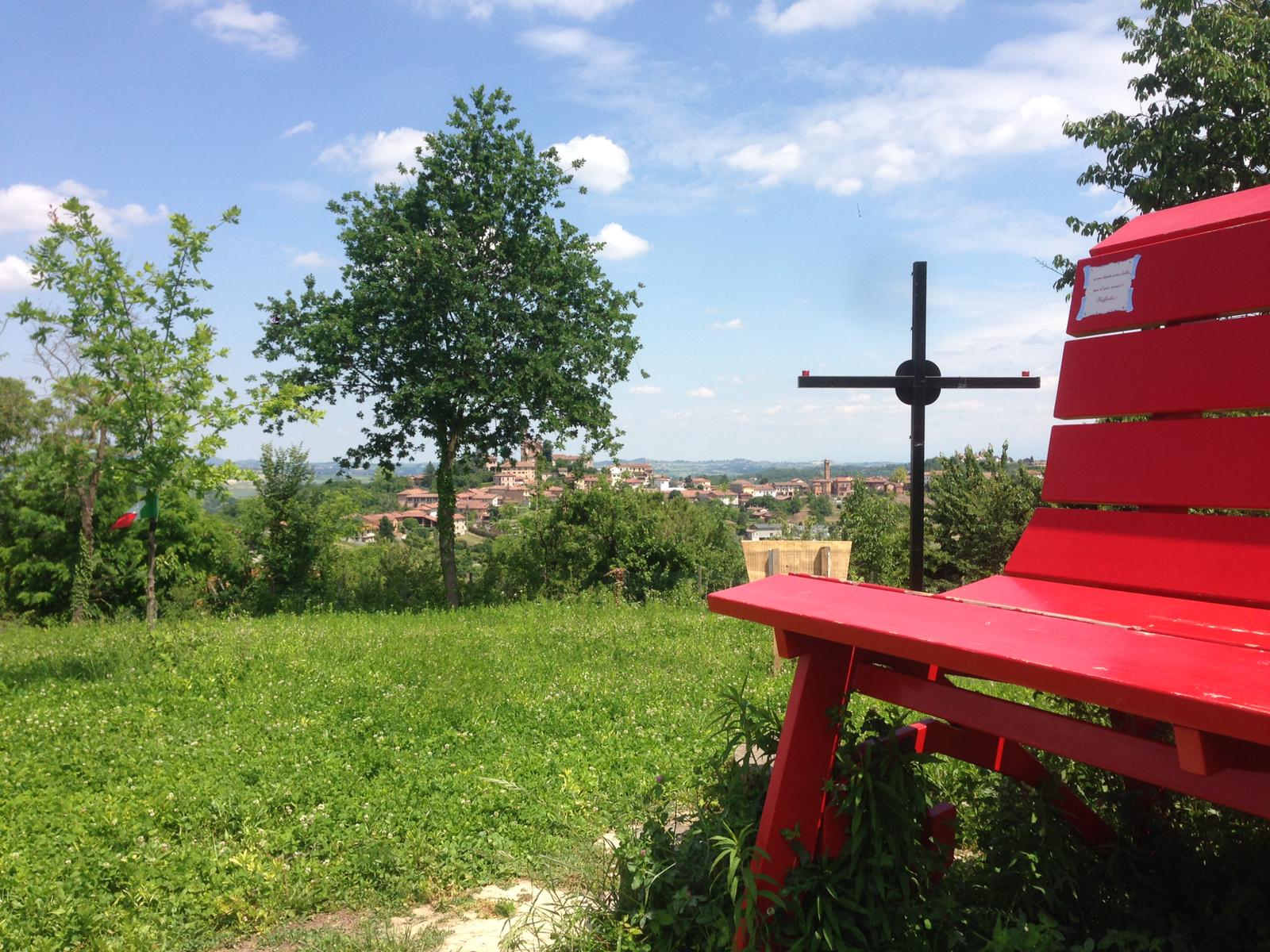 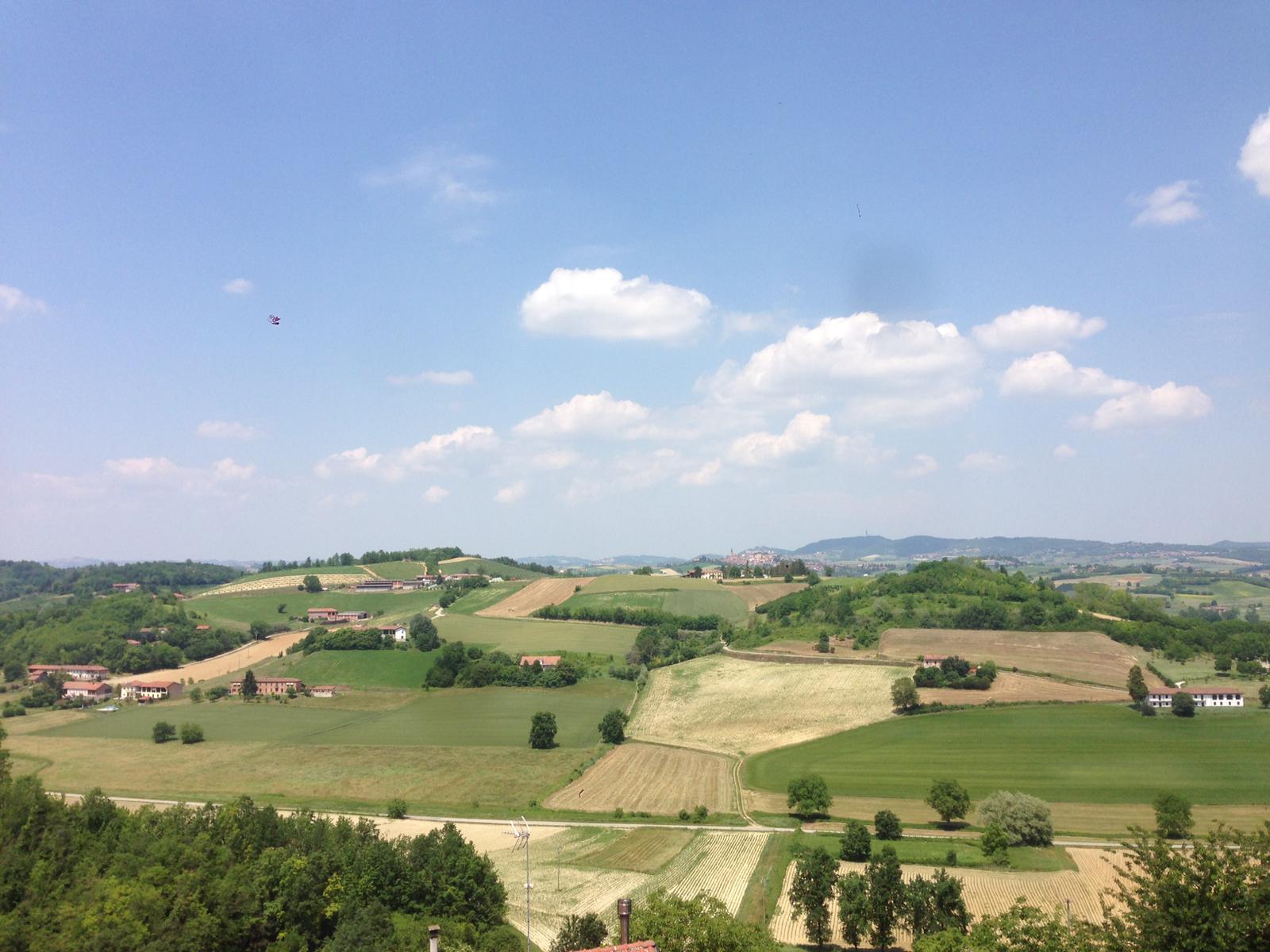 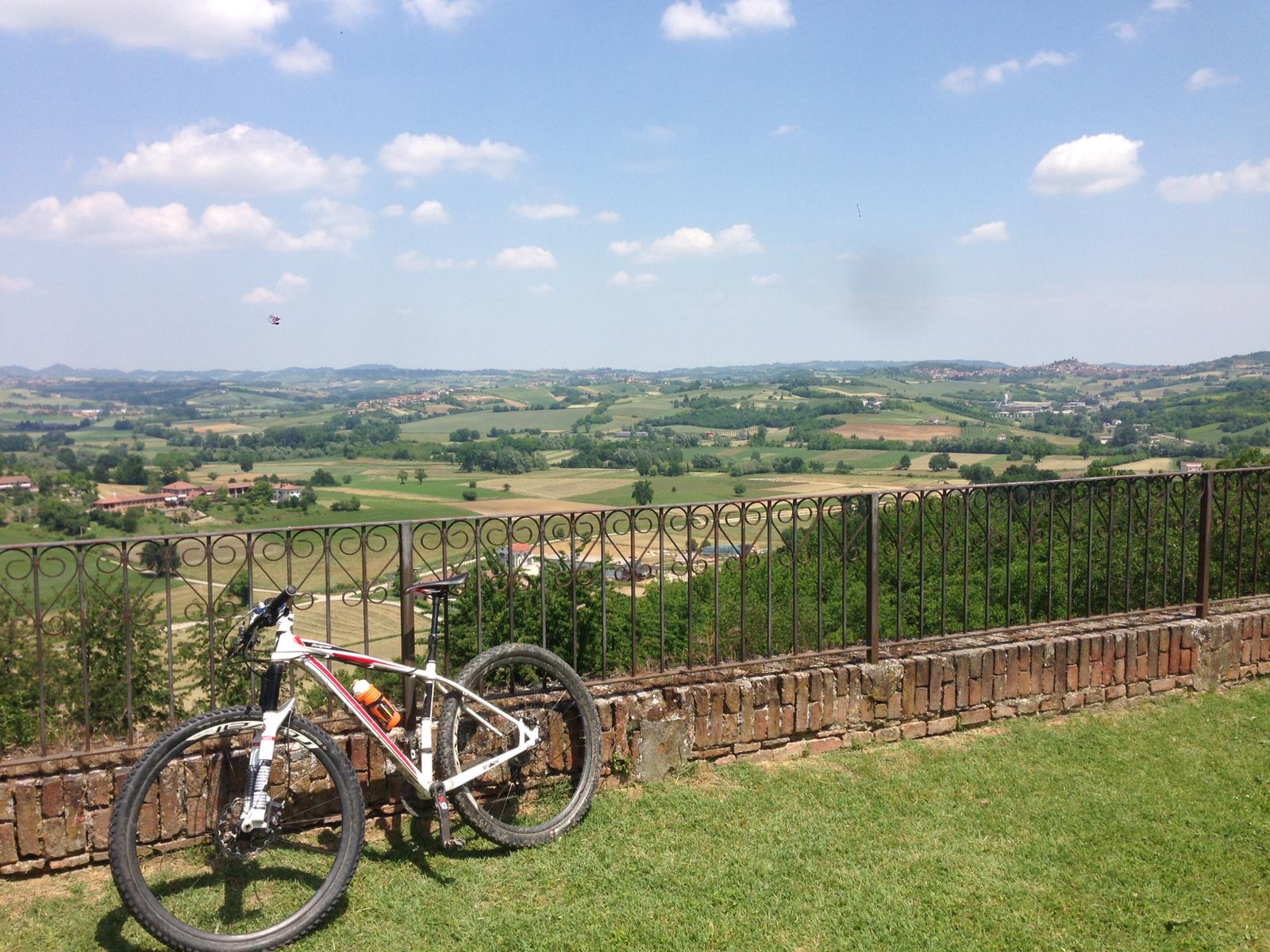 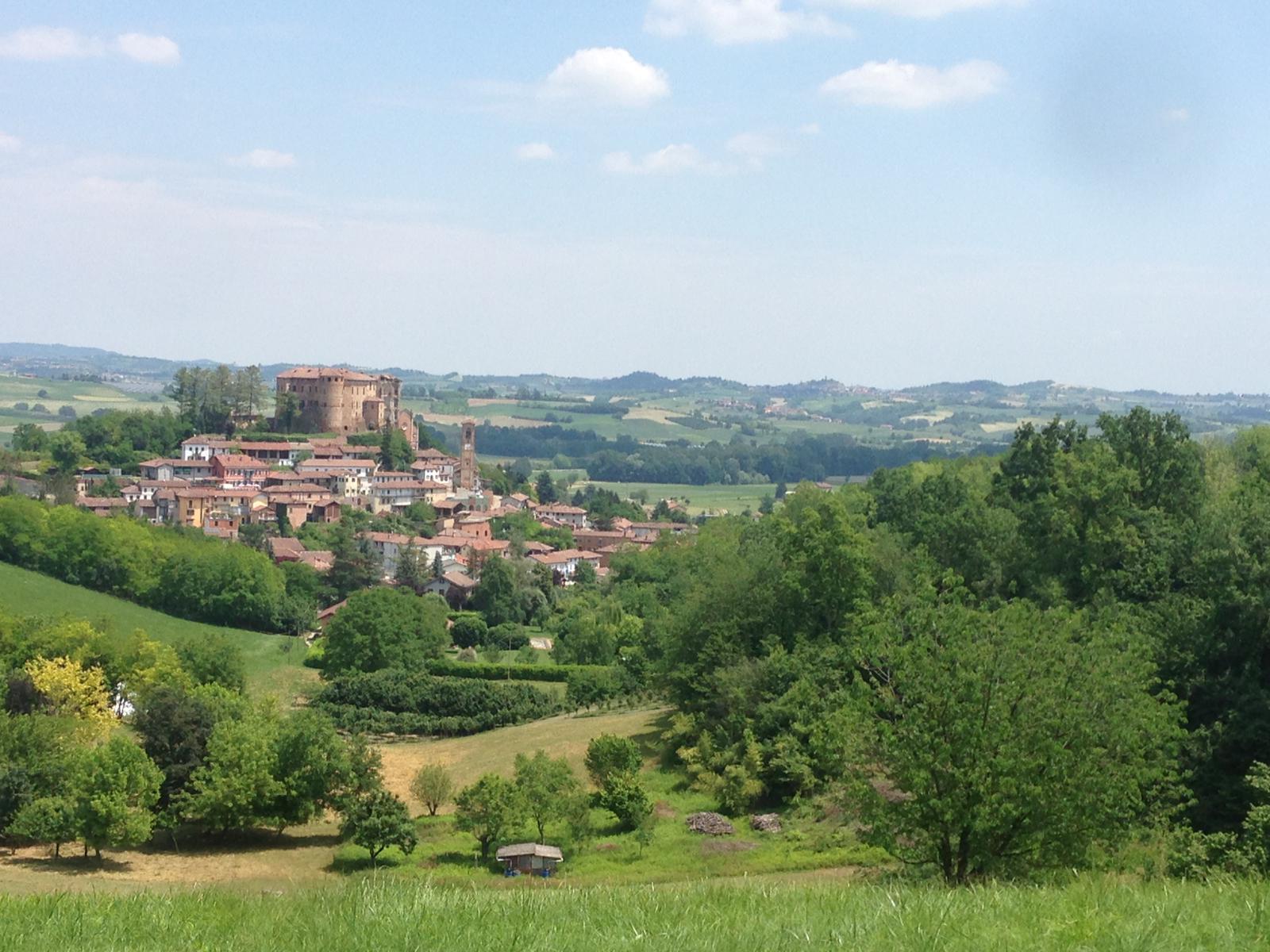 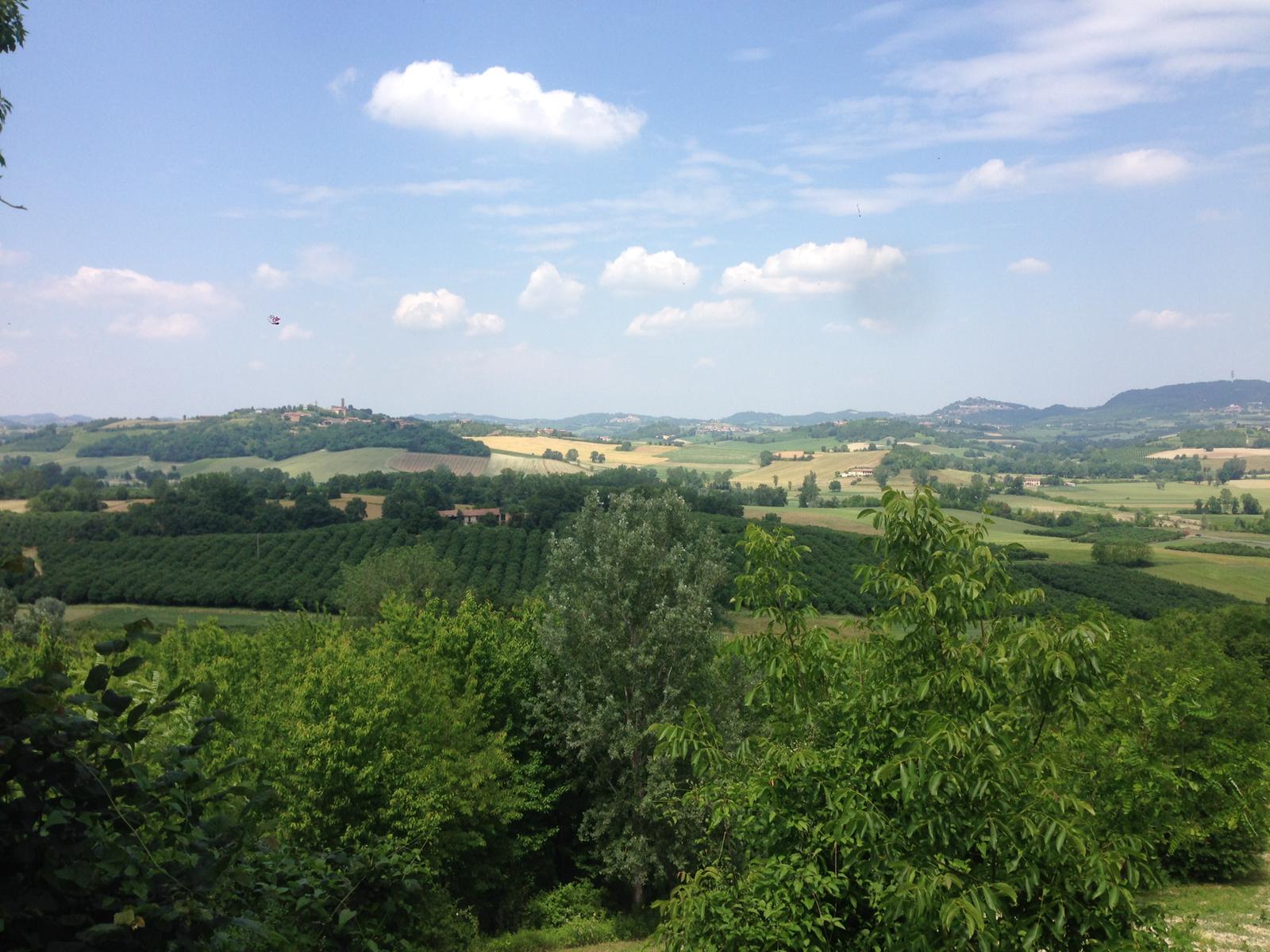 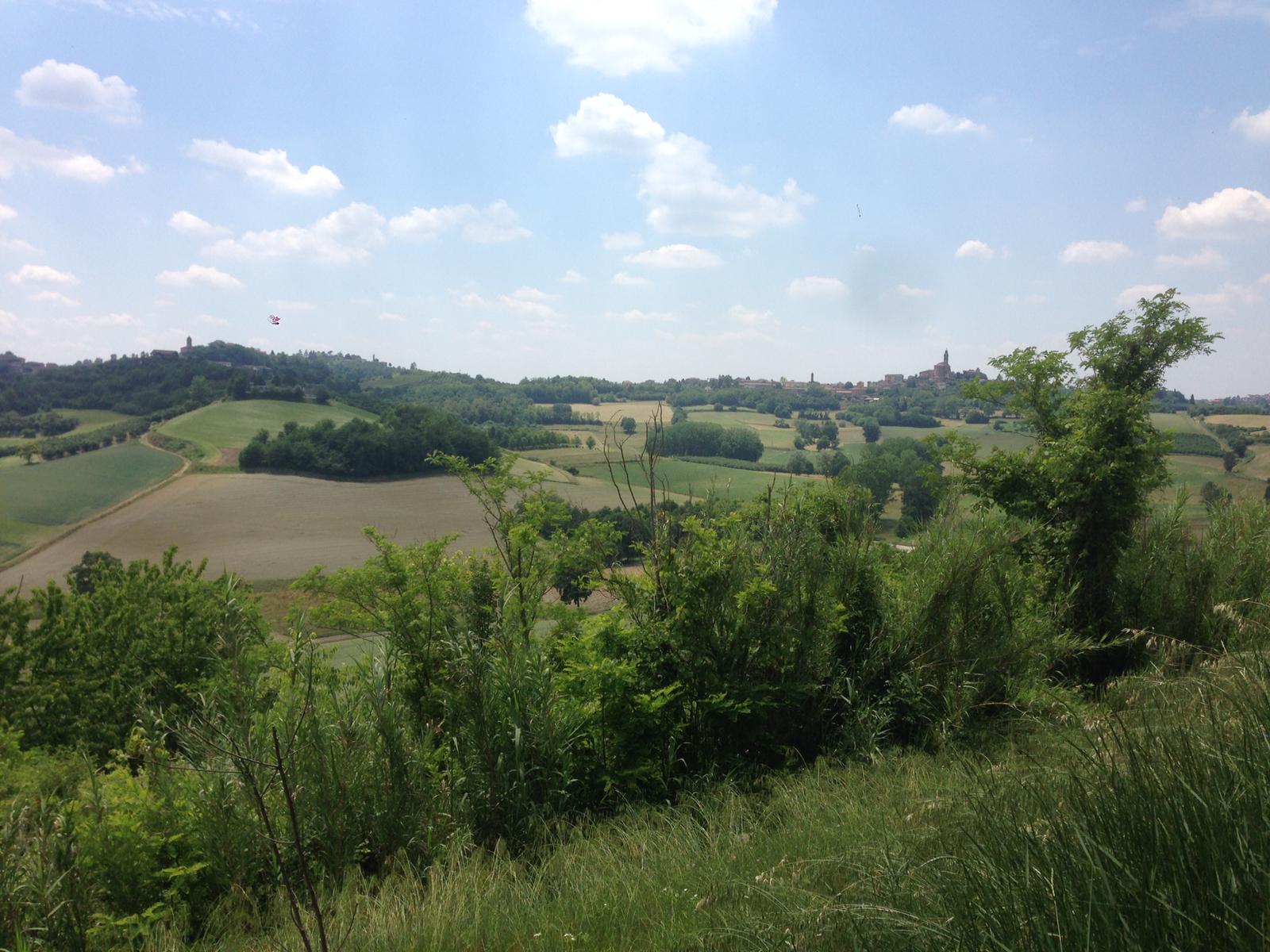 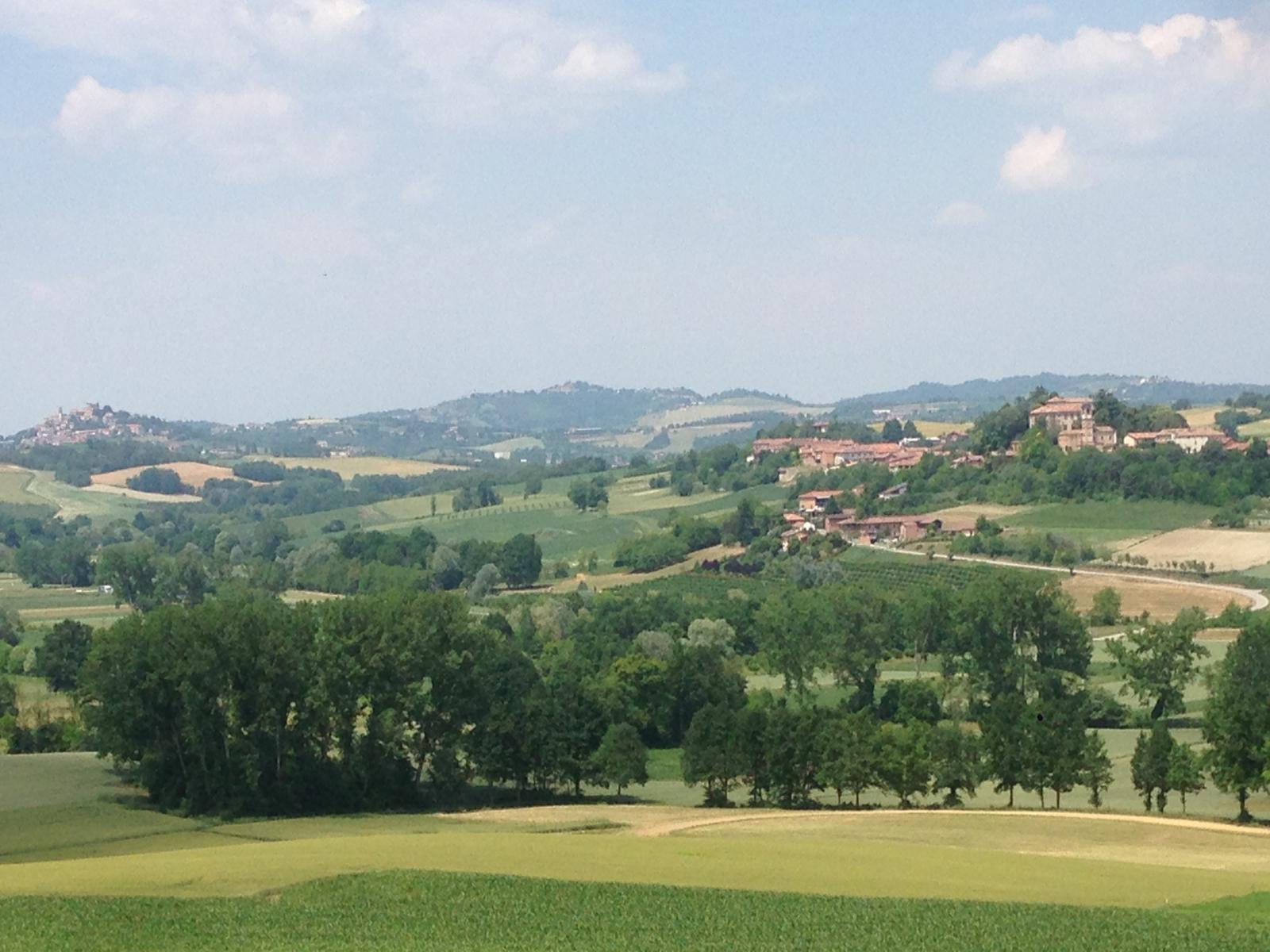 Due to the clayey bottom characteristic of the area, following a significant precipitation, it’s advisable to allow a few days to pass for the path to return to cycling (2-4 days on average)

Departure from the municipality of Serravalle (147m a.s.l.), immediately approaching a steep, but short, asphalt climb (the toughest of the tour!) Followed by a descent that after a few meters becomes dirt, but easy.
We always continue on off-road vehicles facing a 300m stretch, necessary to be able to take a fun descent into the undergrowth, where we will cross the Church of Sant'Andrea.
Once in Callianetto (151m a.s.l.) we will climb first on asphalt and then on dirt, to reach Castell'Alfero (235m a.s.l.), a town that offers various attractions including a fantastic viewpoint from which to look out.
You resume pedaling on a mixed asphalt-off-road ups and downs interspersed with some steep uphill stretches, where we will cross the Church of San Rocco and a splendid glimpse of the town of Frinco (217m a.s.l.) and its imposing castle.
After a short descent you reach one of the lowest points of the route, but you immediately resume climbing in an off-road vehicle on a steep hill on top of which is the small Romanesque church of Santa Maria Di Aniceto.
We are more or less halfway through and now there is a mixed section of about 4km with a couple of climbs. We then arrive at the base of a climb that begins on asphalt and then becomes more demanding on the lawn, in the middle of which we find the Church of Santi Nazario e Celso, an important testimony of the Romanesque style of the area.
Continuing to climb, you will come across the "Didactic Tartufaia" and once you have reached Montechiaro D'Asti (292m a.s.l.), the church of Sant'Antonio.
Then starts a panoramic ups and downs "on the crest", enriched by elements such as the Big Bench n ° 69 by Chris Bangle and the Church of Santi Matteo e Secondo in the municipality of Villa San Secondo (287m a.s.l.).
We touch the highest point of the tour in the municipality of Cossombrato (275m a.s.l.) with the wonderful panoramic balcony, the castle (private, like many in the area) and the church of Santo Stefano. From the hamlet of Madonna dell'Olmetto a pleasant descent on an off-road vehicle starts that takes us to the entrance of a very steep climb on lawn-earth, at the end of which we reach the most suggestive stage of the route: the Case Grotta di Mombarone, testimony of poor peasant houses carved into the rock (tuff).
After the visit, the last stretch is repeated, this time downhill, to get to the base of the last climb of the day which in 1.2km takes us to Mombarone.
Quick descent on asphalt to intercept the last flat off-road stretch and we arrive in Serravalle where this wonderful tour ends.